A friend posted an anti-gay bashing poster, (I’ll put it at the bottom of the page) one jackasses response ..

.
I’m not for ANY of these things…. But I believe God when He says Homosexuality is perverse, it is sin, and those who practice such things and do not turn away from them will not see the Kingdom of God, and will come under God’s Judgement… not mine….
(then some bible verse of course)

This is was my response….

William Noe On a side note, the Bible is a Book, Christainity is a way of life based on the teachings and example of Jesus Christ, who did not write a single line of that incomplete, adulterated piece of literature

There was a bunch of twisted scripture interpretation here, but nothing that hasnt been said a million time. Leviticus and such..

William Noe LMAO, I just love people using 1 single source, an unverifiable source which has been adapted and altered numerous times over the centuries, to defend their bigotry and intolerance

William, if you care to check the scriptures I presented, you will see God DID say some things about Homosexuality, none of it is approving. Look especially to the chapters in Leviticus.

I wouldn’t dream of arguing a word of this with you, since you have obviously have not heard nor studied his word, but have rejected Him, His Son, and choose to ridicule not only His word but anyone who would believe in him. It does not bother me a whole lot that you have made this choice of your own, and haven’t a clue that it is written, “God is not Mocked!”

You condemn a god who is capable of creation, while only observing his capability of destruction? You observe his judgement of man who have rebelled against him, yet haven’t the wit to realize your own rebellion? On the one hand you say he doesn’t exist, on the other you talk about his destruction and evil… Gotta be one or the other… Make up your mind… (I’d defend to the death your right to be wrong either way.)

You ridicule God’s word as adulterated, and adapted numerous times over the centuries, yet, strangely, the very oldest versions have proven to be remarkably accurately transcribed and translated over those centuries in spite of those works being done by hand by an army of scribes working independently to produce copies of copies of copies of the original word of God written down by another army of men moved by God to write down what he inspired them to write. Over thousands of years, most of these men had never even seen nor talked to each other, but all the books of the Bible are in contextual agreement and consistency.

Now, tell me, son, what have YOU done? Who are you? How do you think you can condemn God? By what power…. what can you do to Him? You say you don’t believe in Him? Shoot, I don’t believe in YOU!

It doesn’t mean anything at all to me that you don’t believe in God… but I really suspect that it means a great deal to you, or you wouldn’t jump in to try to discredit the Bible, and God himself and any who believe. Looks to me like somebody here is scared to death that he might be wrong and doesn’t want to be alone in his disbelief, so he lets his own bigotry loose against anyone who professes belief in God, and displays his intolerance by trying to ridicule a religious faith that he knows nothing about.

It always fascinates me how those who profess atheism scream and hollar bigotry and intolerance against folks who were not even in the conversation enough to be able to point out where there was any bigotry or intolerance indicated. Anything a person of faith has to say about his faith should have no effect upon an atheist at all since the atheist does not believe in these things of the Spirit… it should be like water off a ducks back… yet the atheist automatically jumps into a tirade of intolerance, hate, and insult that had not been even suggested.

If your new here, look around, I talk ALOT about my Faith in God…I try not to sound preachy about it so don’t worry.

This bit just cracks me up, remember where he said…

and will come under God’s Judgement… not mine….

Right .. sure thing there slappy you didn’t “Judge” Me in the slightest

Left my real name in my quote, not sure why but felt like it, sorry if anyone was confused. I go by William “Wayne” because I prefer my middle name to my last name.

And heres the poster 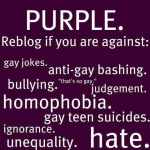 Just a Blogger with too much time to kill. Ranting and Raving about whatever is on my mind when I sit down to type. Politics, Religion, Social issues even Personal crap..errr ...Revelations at times.
View all posts by William »
« Previous post
Next post »